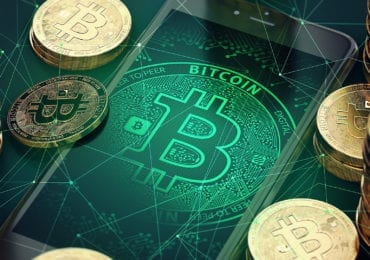 The world of real estate has evolved significantly over the years, with technology consistently helping to streamline the process while adding more ways to keep both the buyer and seller protected. Gone are the days when agents had to rush around from one meeting to the next with folders filled with papers in need of signatures, having been replaced by things like digital signatures, online conferences and even 3D virtual tours of available properties. As technology continues to advance, inventions such as Bitcoin are also very likely to further impact how we do business in real estate.

Bitcoin is a form of digital currency that has taken the world by storm, but what is more important to understand is the technology behind Bitcoin that makes it possible. This technology, which is called blockchain, makes it possible to share information in encrypted public ledgers called “chains” that are verified by hundreds of computers. This differs from the traditional storage method, which involves storing crucial information on one private server.

How Can This Technology Be Used in Real Estate?

While Bitcoin was the first product created with blockchain technology, it is important to understand that the technology can be used for more than just creating currency. Sure, Bitcoin or one of the other forms of currency created through blockchain technology may be used as a currency for real estate transactions, but the technology has the potential to revolutionize real estate in more ways than simply serving as a form of currency.

For example, bitchain technology may be extremely helpful in the area of fraud prevention, as it could potentially be used for recording deeds and titles. With blockchain technology, everyone could essentially become his or her own title company, with all people having the ability to verify ownership of any real estate in a matter of seconds. Cook County, Illinois has already adopted this technology and has launched a pilot program to use the technology in this way. The same sort of advancements could also be made with liens, mortgages and auction bidding.

Basically, anywhere where pieces of information need to be securely stored and time-stamped while also guaranteeing accuracy is an area that could potentially be revolutionized by blockchain technology. With no overseeing authority needed and with the stored information being nearly indestructible, blockchain makes it possible for anyone at any time to verify the validity of recorded information. Not only will this streamline transactions while increasing security, but it is also a change that seems almost unavoidable in the world of real estate.