How will a Biden administration affect the real estate market in US? 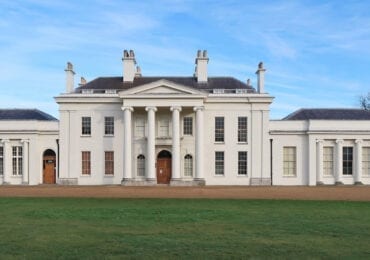 How will a Biden administration affect the real estate market in US?

They’re calling it the “Biden bump” – a new sense of confidence the market has been sorely missing after more than a year embroiled in a crippling pandemic and an uncertain political climate.

Following the election, there was a noticeable surge in real estate activity in major cities – 6% more deals in Manhattan, compared to the same period last year – signaling that brokers and agents are feeling good about the future. But there are still question marks over the impact Joe Biden’s presidency – and his ambitious housing plan – will have on the U.S. real estate market.

This section of the Internal Revenue Code allows investors to defer paying capital gains taxes on a piece of real estate if they reinvest the cash into one or more properties within 180 days. It’s an attractive loophole for high earners which, if eliminated, might discourage investment.

Enacted under President Trump, a cap on deductible State And Local Tax payments is likely to be lifted by Biden, effectively lowering federal taxes for those with properties in higher tax cities and states. Those most likely to benefit from this move will be New York, Connecticut, New Jersey, California, Washington, D.C., Massachusetts, Illinois, Maryland, Rhode Island, and Vermont.

Part of the $1.9 trillion stimulus package currently making its way through Congress, this cash injection would be a massive boost for class B and class C residential landlords, who have suffered the lowest rent collections during the pandemic.

While Trump refused to help some beleaguered Democratic cities, the new president is expected to drive through billions of dollars of relief for coastal cities that have been in a death spiral for the last 12 months.

Biden also intends to cut the carbon footprint of American buildings by half by 2035. That will mean new building energy performance standards, and tighter rules for building appliances and equipment, resulting in increased construction and maintenance costs. While none of that looks good for landlords, there may be tax incentives to help cover that expense.

And the good news? The Federal Reserve has so far stated that is has no plans to raise the historically low interest rates in the short term.