How has COVID-19 pandemic affected the US real estate market after a year-end? 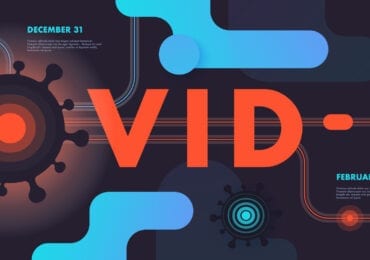 How has COVID-19 pandemic affected the US real estate market after a year-end?

One of the biggest ironies as we emerge from the COVID-19 pandemic is the fact that, while the crisis has plunged the United States into a recession, the real estate market has not only emerged unscathed – it has boomed. But it’s a very different animal to the market we left behind 12 months ago.

Because, while the value of homes in the largest metros in the US soared, in some of the richest cities – Seattle, New York, Boston, San Francisco. Washington, DC, and Chicago — rents fell, some by as much as double digits.

That trend is happening across the country. According to the S&P CoreLogic Case-Shiller National Home Price NSA Index, which tracks the value of single-family housing in the United States, house prices have risen 9.8% compared to last year. The average home was worth around $245,000 at the end of 2019. Now that figure is closer to $270,000 – an increase of 9.1% over the past year. And Zillow predicts they will rise even more – 10.1% – in 2021.

A research paper from the University of Chicago last year estimated that 37% of jobs – most of which were high-paying roles – could be done remotely, many of them for the first time. So cities that were once deemed too far away, or too small, are becoming increasingly attractive.

The strongest housing market in 2021, based on projected home sales and price growth, will be Sacramento, Calif, according to a report in realtor.com. That’s because, while it isn’t itself a tech hub, its proximity to both San Francisco and San Jose makes it an enticingly affordable choice.

Other cities whose markets will also be fueled by the popularity of remote working include San Jose, Denver, Seattle, and – last year’s #1 – Boise, Idaho.

However, experts also predict that urban areas like San Francisco, Chicago, Boston, and New York will rise again – in both the rental and sales markets – in the wake of falling prices, low mortgage rates, and renewed confidence in vaccine rates. Rents are already beginning to creep up in almost all the hardest-hit rental markets, fueling what some are saying with be the next big trend – city dwellers who fled to the suburbs and now hate it there.